e-vasilopita 2022 is dedicated to the completion of 200 years since the enactment of the 1st Greek Constitution.

January 1st 1822 Voted by the First National Assembly of Epidaurus the first Greek Constitution, where among other things it defined blue and white as the colors of the Greek Flag .. 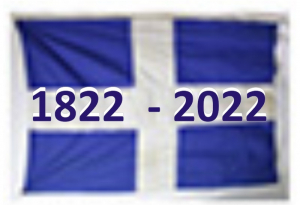 Alexandros Mavrokordatos was appointed President of the Assembly, who together with the Italian philhellene V. Gallinas (he was an expert on constitutional issues) and Th. Negris drafted the first Constitution of Greece, or "the Provisional Administration of Greece", or "the Provisional Government"
This text was submitted by the 12-member committee of the Assembly and was put to a vote on January 1st 1822 The Constitution of Epidaurus consisted of 110 paragraphs divided into titles and sections according to the French standard. 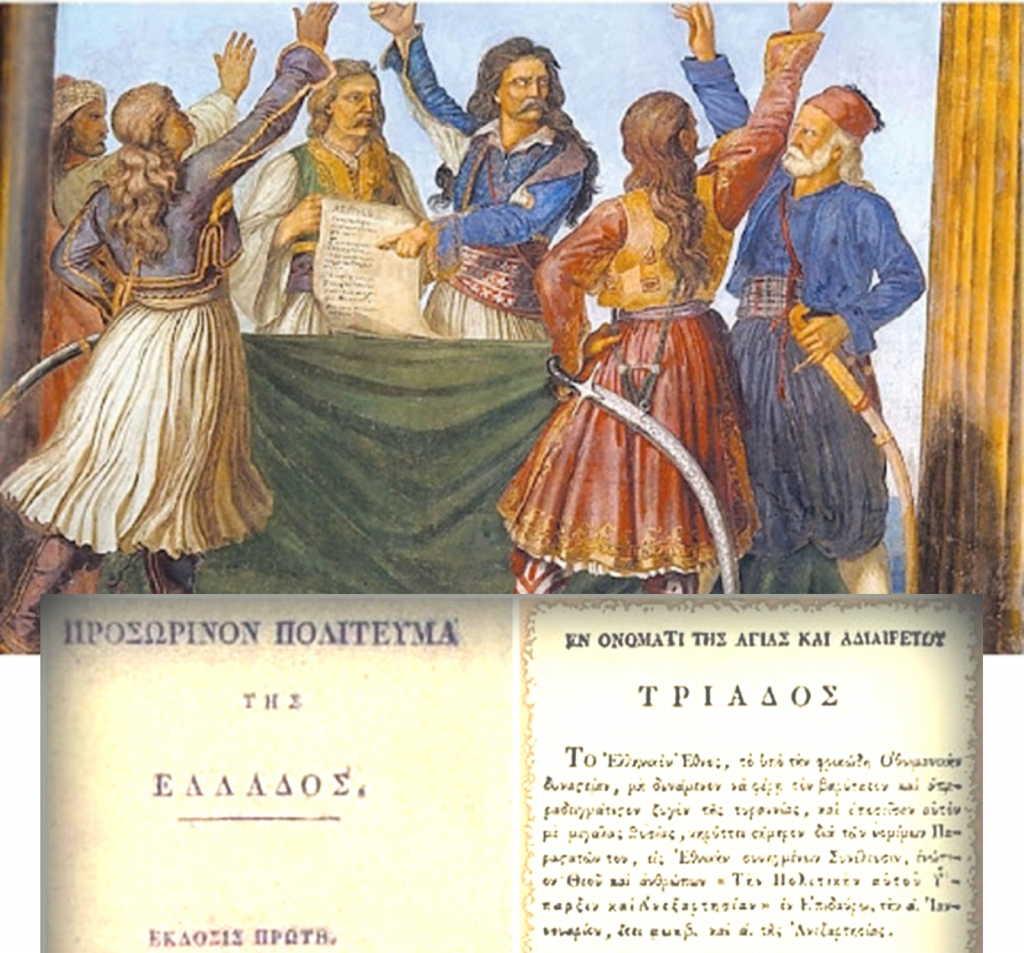 The painting by Ludwig Michael von Schwanthaler. The National Assembly in Epidaurus.
The moment of the swearing in of the proxies in front of the "Provisional State of Greece" is depicted
Murals of the Palace of Parliament, Hall of Trophies, east wall